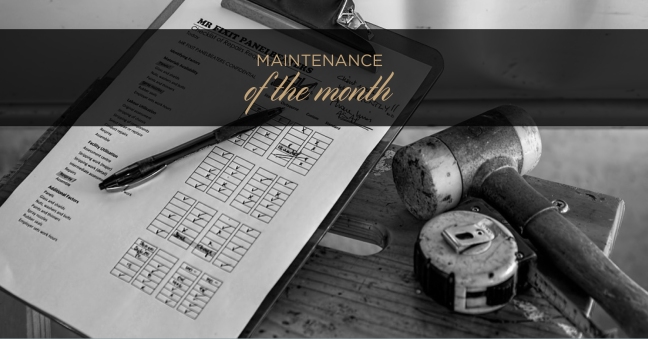 This winter has been brutal. One can only imagine what their house is feeling during the winter months. There are some monthly maintenance items that you can check off the list in order to lessen your poor home’s burden. A few little up keeps can help your home work and look its best despite the dreary weather.

One thing you can do to help your air circulation is remove your vents to vacuum the dust from them. Just like you remove lint from the dryer, you remove dust from the vents to promote clean air and keep your systems from working harder than they should have to.

Grouting the floors, showers, and back splashes. I’m sure it has been a cool minute since those cracks have been updated. After years, grout can slowly wear away and collect stains so a new grout job will refresh its look. If your grout is newer then it may be a good idea to give it a scrub down.

Clean out the gutters. If the seasonal sludge has blocked up your gutters, it may be a good time to clean them. Investing in gutter guards may save you some time and effort in the future.

For safety purposes, check your smoke alarms and carbon monoxide detectors for dead batteries and if they are properly working. “This Is Us” fans will know the importance of this crucial step. Nobody wants another faulty slow cooker situation.

Keep your HVAC cleaned up. Replace the filters on it as well as schedule a routine maintenance appointment for it. It could save you money in the future to do small things to keep it running smoothly now.

Check for rotting wood. The frame of your house is an important structure that needs attention just like any part of the house. Check for rotting wooden beams in the attic, porch, and indoor frame. Have them replaced as soon as you can if they are eaten by termites or moisture.

These are just a few things you can start with now before full blown Spring cleaning commences. A few things each month will keep your home on the right track to a clean, safe and efficient home. 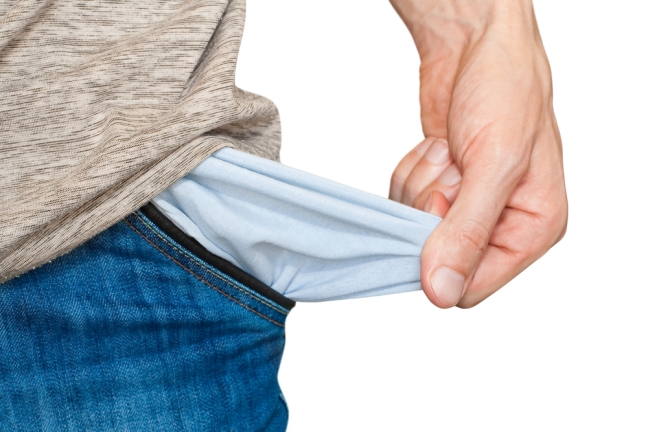 Some homeowners opt to sell their residence without a real estate agent to get around paying a commission and make more of the profit. Forty-eight percent of people who sell without a real estate agent think that if they sell themselves, they’ll end up doing a little extra work in exchange for not paying a commission or closing fee. According to the research, however, what they actually get is a lot of time spent hustling to make the sale and a final selling price that is less than what the market can bear.

Do you have a lot of extra time to market your home and do all the work to meet and greet properly? Are you versed in local trends on the housing market and know the latest regulations for closing a sale? Do you have a list of potential buyers ready to view your home? Eighty-nine percent of all homes sold in 2015 were sold with the assistance of an experienced real estate professional, according to the 2015 Home Buyers and Sellers Profile. Most leave it to the professionals, yet there is still a small group of people who prefer to do it themselves. Eight percent of home sellers chose to list themselves, known as For-Sale-By-Owners (FSBO) home sales. That number has steadily declined since 2004 where only 82 percent of all home sales were agent-assisted and 14 percent of homes were listed FSBO. FSBO sales are currently at an all-time low since data collection began in 1981.

Let’s break it down further. Thirty-eight percent of all FSBOs—that’s only three percent of the total home sales in 2015—were homes sold to people where the buyer knew the seller selling to a friend, neighbor, or family member. However, 62 percent of FSBO home sales—five percent of total homes sold—were sold by the owner to someone they didn’t know. According to the 2015 Home Buyers and Sellers Profile report, sellers cited creating yard sings, listing their homes online on multiple websites, spreading the news through word of mouth, putting out classified ads, displaying on social media, hosting an open house, and registering with the Multiple Listing Service (MLS) database. That’s a lot of work just on marketing and finding potential buyers.F

The time it takes to sell a home on the market was roughly the same for FSBOs and for agent-assisted homes, the median time listed was four weeks for both groups. A third of all homes were sold in less than two weeks last year. Most FSBO homes sales were located in a resort area (16 percent), rural area (15 percent), or a small town (13 percent). Seventy-five percent of FSBO sales were detached single-family homes. Ten percent were mobile or manufactured homes. FSBOs typically had lower incomes than those who worked with an agent. The median income of FSBOs was $84,000 and for those who sold through an agent was $105,600. Those who sell themselves have the perception that they have less money to pay for assistance when selling their home and opt to go it alone.

Talk to an agent and find out what they suggest for the commission and then do the math yourself. The closing price for the agent-assisted seller is likely going to be way above an FSBO. In reality, homes sold by the owner make less money overall. Based on these closing numbers, why not save yourself time and make more money by working with a real estate agent that is excited to sell your home?